Please remember to sign in using the daily register

Today your challenge is to keep going for the whole work out with Joe - let me know on the register if you succeed.

Then try some of these yoga poses. 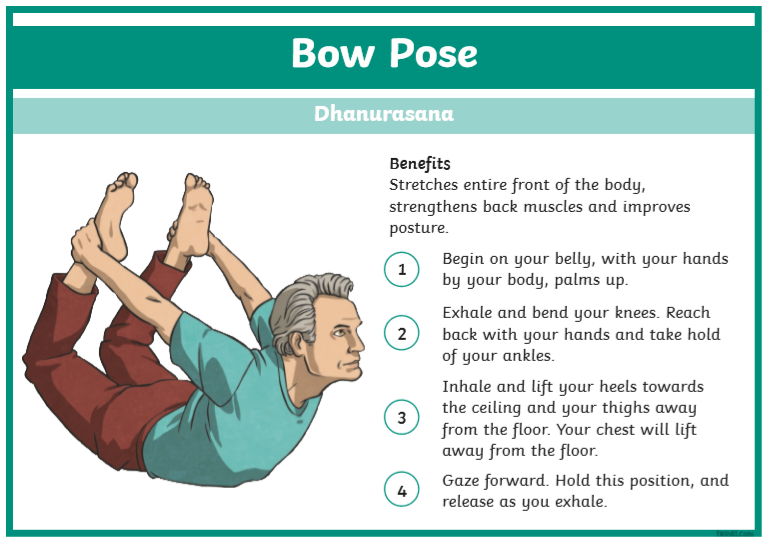 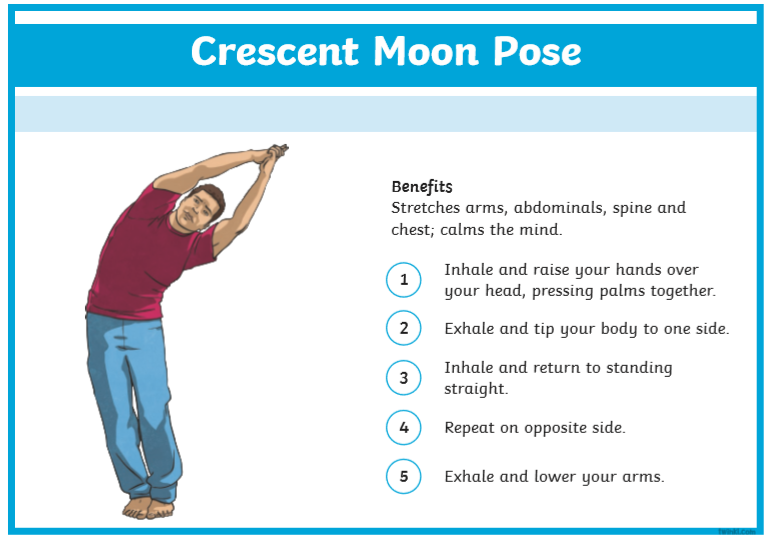 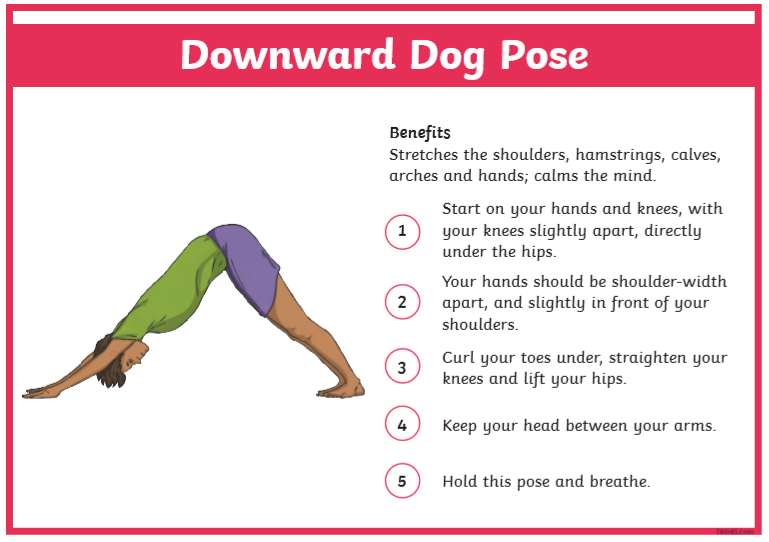 Write down the 4 digit number

Today we will be looking at Lesson 7 of measuring area. 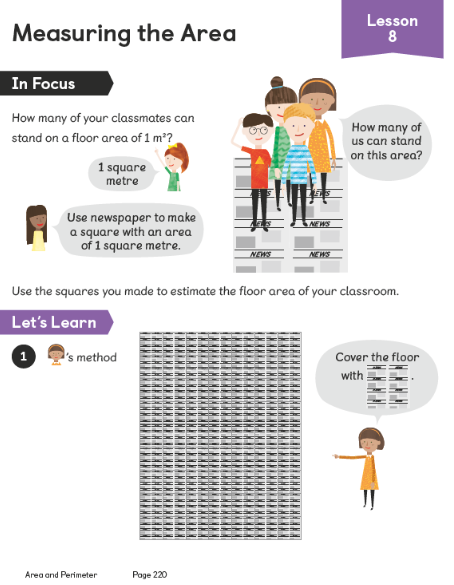 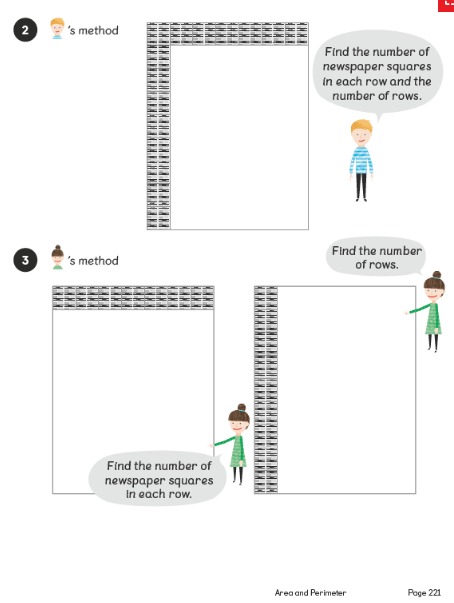 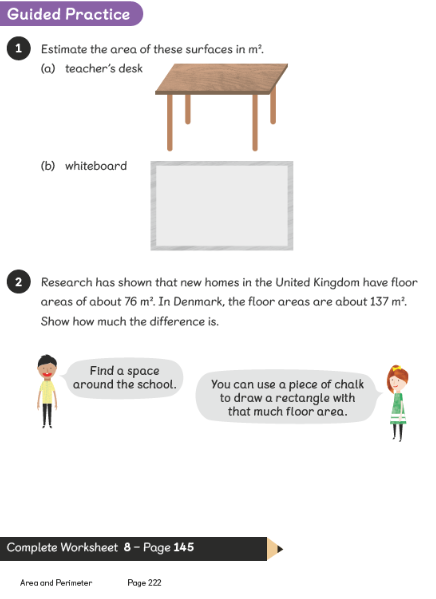 Today's task has been suggested by some of the children in class and is an opportunity to write for a real purpose and audience.

This week there have been some news articles about the possibility of an extra Bank Holiday in October.  A Bank Holiday is a national public holiday and on these days people get an extra day off from their job or school and are able to take long weekend holidays or visit the seaside.  There have been two Bank Holidays in May but due to the fact that we have been in lockdown we have been unable to travel as we have had to stay safe and stay at home.  Some people who work in the tourist industry think an extra Bank holiday may help them and their business when lockdown is finished.

Your task today is to consider your opinion about the idea of a extra special Bank Holiday later in the year.  Do you think it is a good idea or not?  You may want to talk it over with other people at home.  The following BBC newsround article tells you more about why we have Bank holidays.

When you have thought about your opinion write a letter to your local MP or to the Prime Minister to persuade them of your opinion.

Show how letters are structured

Use persuasion to convince the reader to agree with your opinion

Use formal language as you are writing to someone official

You can write to:

Read the second part of the poem we read yesterday:

He did not come in the dawning. He did not come at noon;
And out of the tawny sunset, before the rise of the moon,
When the road was a gypsy's ribbon, looping the purple moor,
A red-coat troop came marching-
Marching-marching-
King George's men came marching, up to the old inn-door.

They said no word to the landlord. They drank his ale instead.
But they gagged his daughter, and bound her, to the foot of her narrow bed.
Two of them knelt at her casement, with muskets at their side!
There was death at every window;
And hell at one dark window;
For Bess could see, through her casement, the road that he would ride.

They had tied her up to attention, with many a sniggering jest.
They had bound a musket beside her, with the muzzle beneath her breast!
"Now, keep good watch!" and they kissed her. She heard the doomed man say-
Look for me by moonlight;
Watch for me by moonlight;
I'll come to thee by moonlight, though hell should bar the way!

Tlot-tlot; tlot-tlot! Had they heard it? The horsehoofs ringing clear;
Tlot-tlot; tlot-tlot, in the distance? Were they deaf that they did not hear?
Down the ribbon of moonlight, over the brow of the hill,
The highwayman came riding-
Riding-riding-
The red coats looked to their priming! She stood up, straight and still.

He turned. He spurred to the west; he did not know who stood
Bowed, with her head o'er the musket, drenched with her own blood!
Not till the dawn he heard it, and his face grew grey to hear
How Bess, the landlord's daughter,
The landlord's black-eyed daughter,
Had watched for her love in the moonlight, and died in the darkness there.

Back, he spurred like a madman, shouting a curse to the sky,
With the white road smoking behind him and his rapier brandished high.
Blood red were his spurs in the golden noon; wine-red was his velvet coat;
When they shot him down on the highway,
Down like a dog on the highway,
And he lay in his blood on the highway, with a bunch of lace at his throat.

Over the cobbles he clatters and clangs in the dark inn-yard.
He taps with his whip on the shutters, but all is locked and barred.
He whistles a tune to the window, and who should be waiting there
But the landlord's black-eyed daughter,
Bess, the landlord's daughter,
Plaiting a dark red love-knot into her long black hair.

Recall and order the main events of the poem by creating a comic strip showing what happens.

Match the vocabulary to the correct definition

The first Olympics were held more than 2,500 years ago and Ancient Greek city-states competed against one other at the first Olympics.  Find out more by following the link below

Use the internet to research at least 10 cities have held the summer Olympic games, the country they are in and the year they held the Olympics.  Challenge yourself to find and draw the flag for each country. 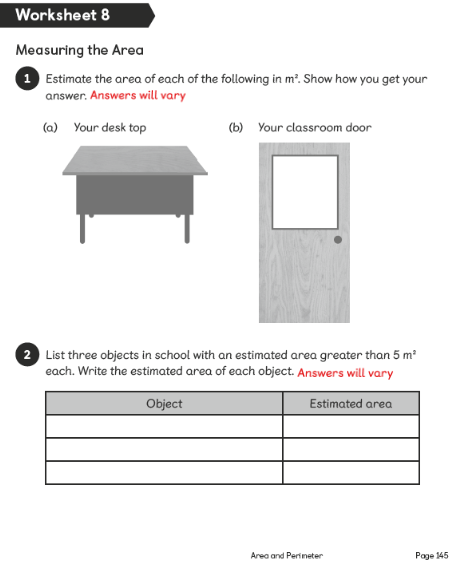