Every morning at 9am Joe Wicks streams a live PE lesson - tune in here if you can!

Start with 10 minutes on TTRockstars.

Complete the following questions in your Home Learning Journal. 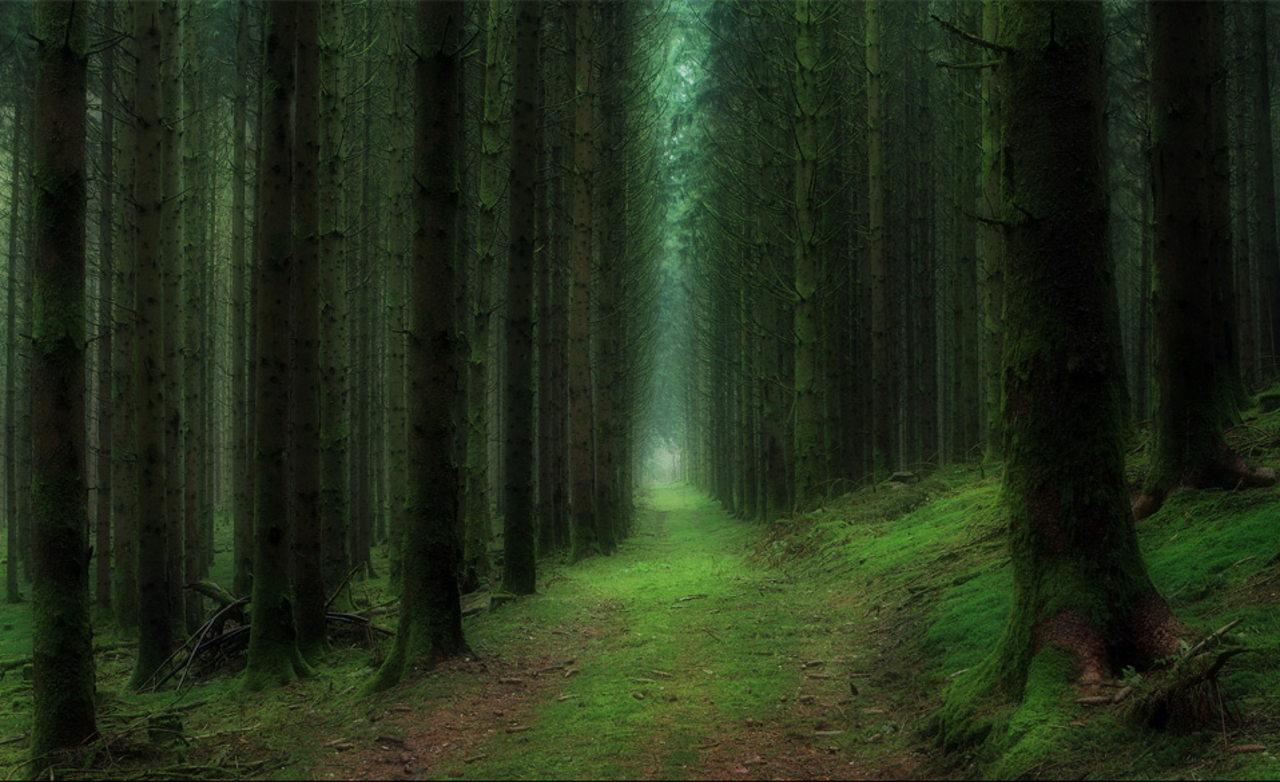 Hours and hours had passed, and she hadn’t seen a soul. The monotony of trudging through this seemingly never-ending labyrinth was tiring, and her eyelids felt heavy. The heady scent of the pine sap and earthy moss added to her lethargic state. She felt as if she could close her eyes and sleep for a thousand years. She knew she couldn’t though; being trapped in the woods when night fell wouldn't be a wise move. Making the most of the remaining daylight would be crucial, she knew.

A great sense of foreboding filled her, and she had a tight feeling in her chest. The trees around her, like sentinels protecting the gods of the forest, seemed to bear down upon her. The dense army of pine trees threatened her from every side. There was only one path forward, and she took it hesitantly, not knowing what awaited her in the distance…

An adverb is a word that describes a verb (an action or a doing word).

e.g. He ate his breakfast quickly.

The word 'quickly' is an adverb as it tells us how he ate (the verb) his breakfast.

Can you add adverbs to my sentences below to make them better? Write them out in full in your Home Learning Journal.

The girl was frightened. ______, she looked around at the surrounding forest.

From the distance ahead, she heard a scream. The sound echoed ________ through the forest.

Now write three of your own sentences that use an adverb.

Here are this week's spellings. They all have a hyphen. Write each word down three times.

Read a book from home, listen to a story on Storyline Online or login into Oxford Owl here. Click on 'My class login' and enter the username: studley password: studley

Species that came here by themselves (without humans bringing them here) are called native species.

Other species, which originated in other countries around the world and have been introduced to the UK by humans are called non-native species.

Write in your Home Learning Journal which animals you think are native and which you think are non-native to the UK. (Answers at the bottom of the pictures - no peeking until you are done!) 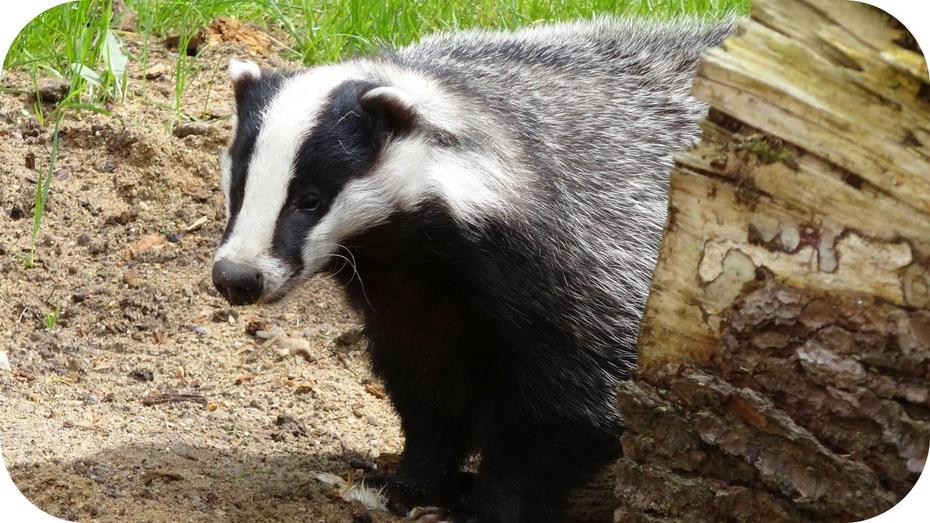 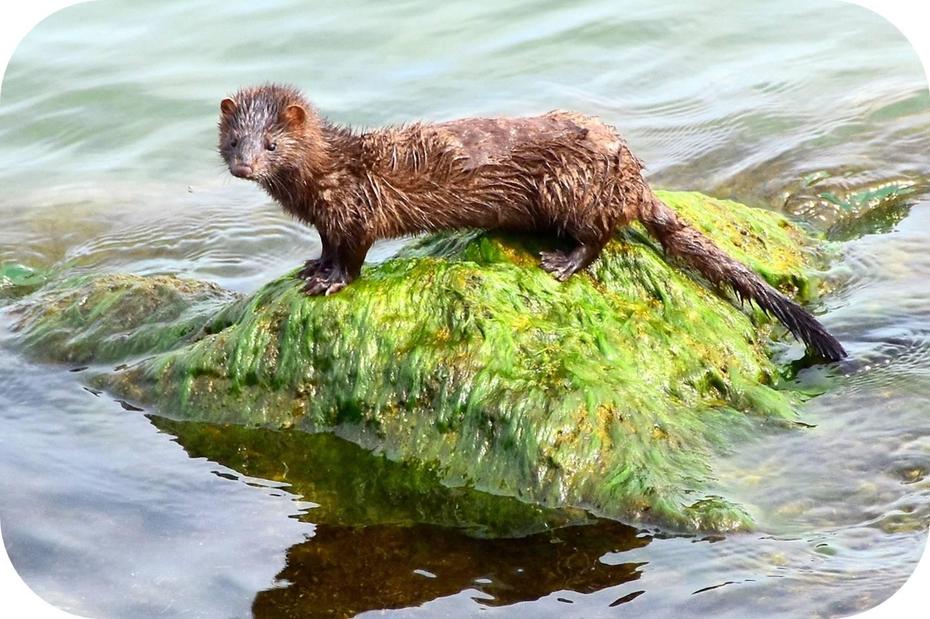 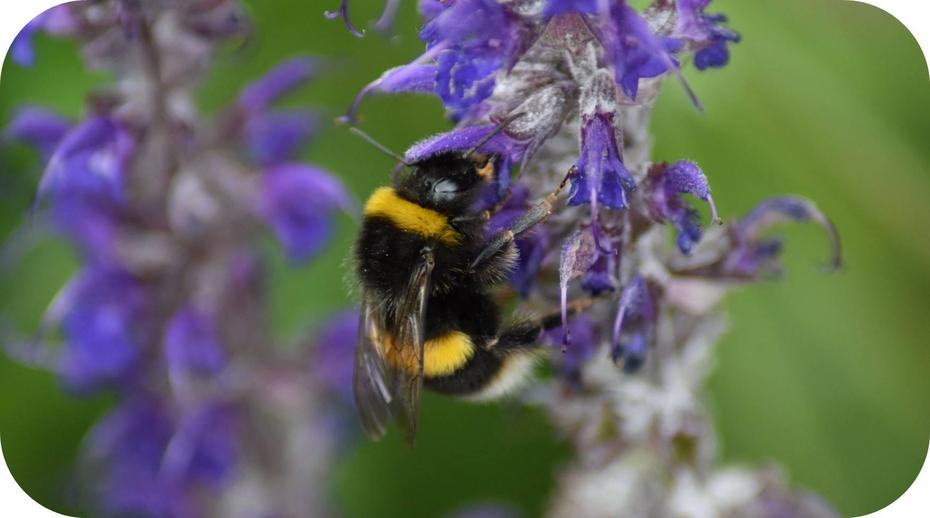 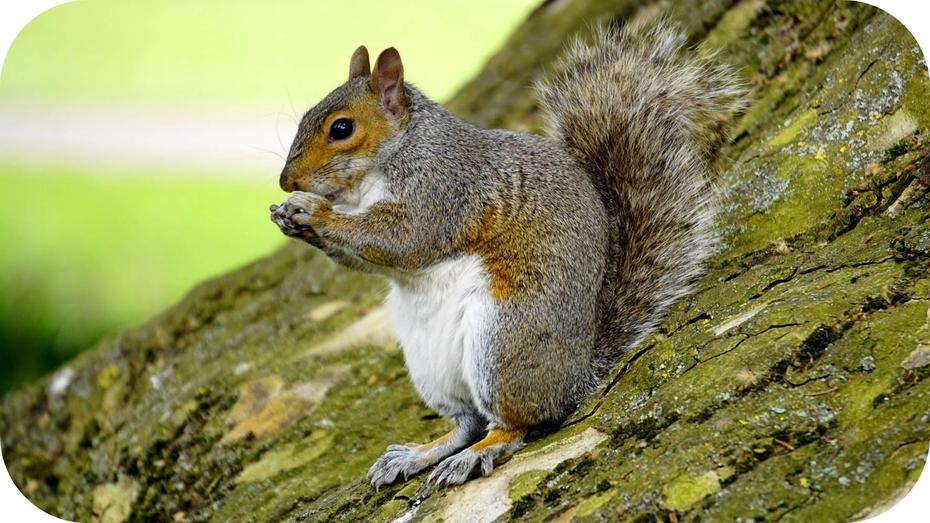 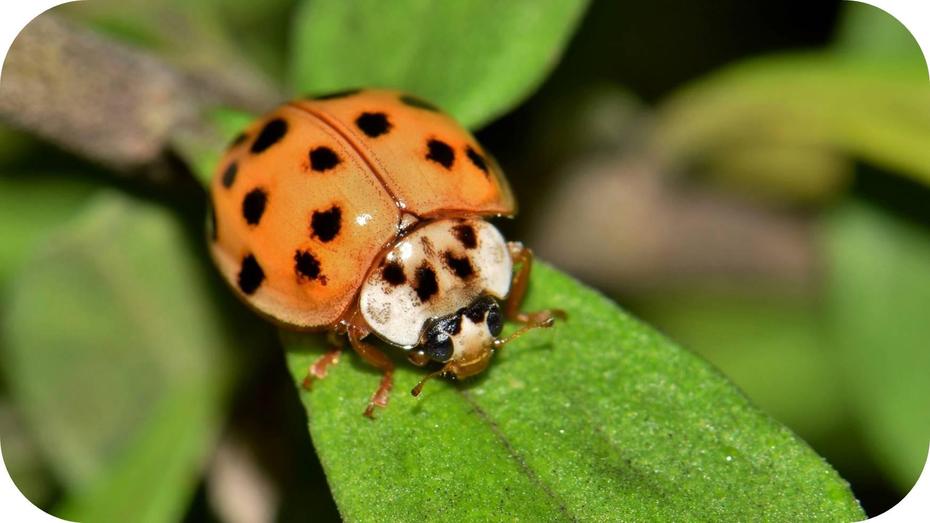 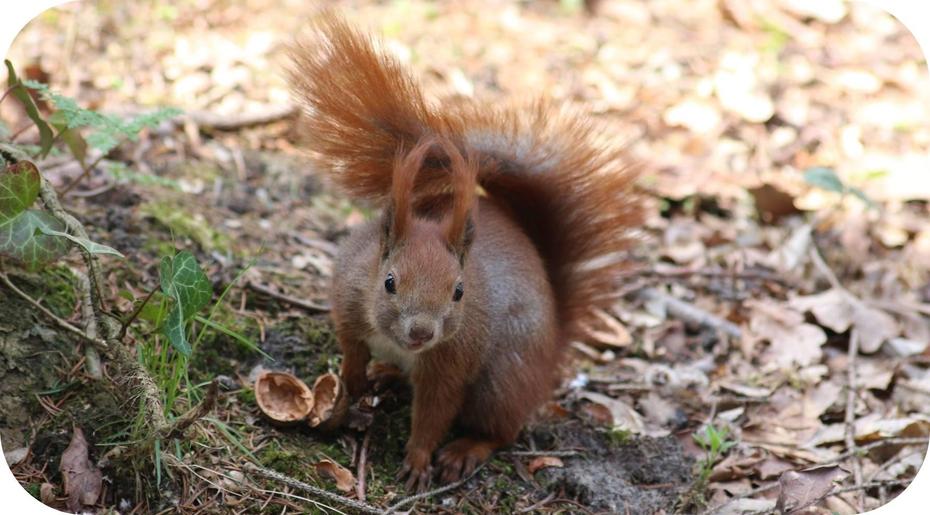 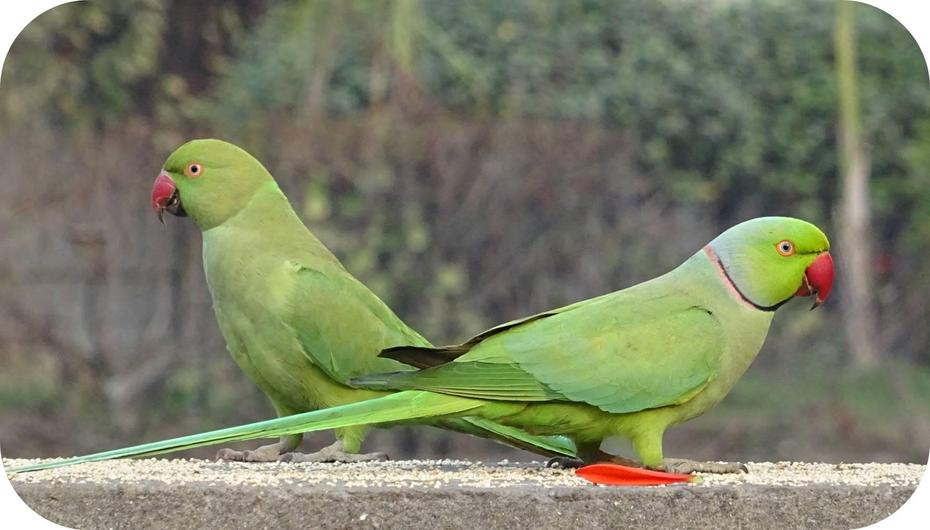 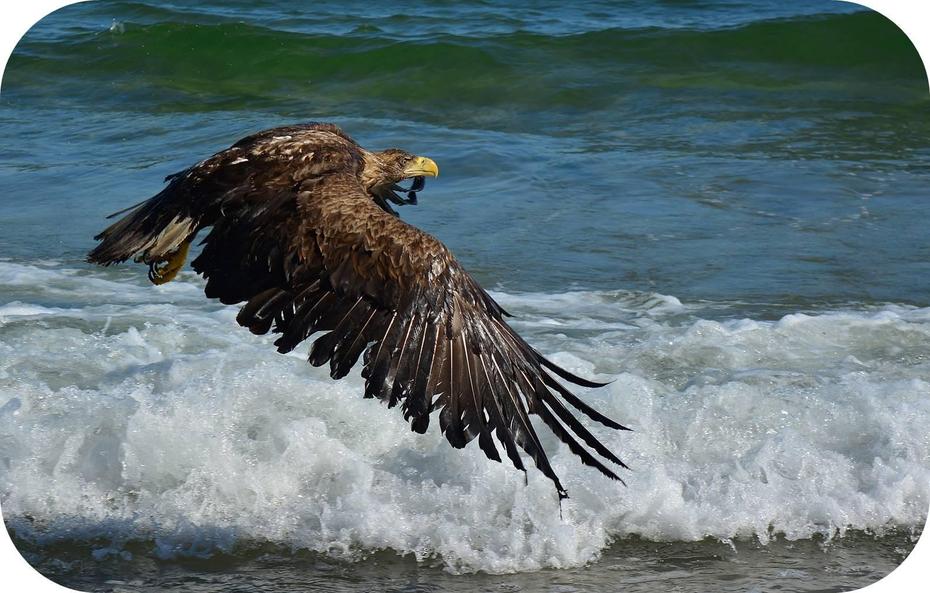 Badger - Native. The badger is our largest land predator and is common throughout most of the UK (absent from many of the islands and the far north of Scotland).

American mink - Non-native. The American mink was 1st introduced to the UK in the 1960’s after many were released by activists from fur farms. It has been responsible for the decline of many of our native small mammal and ground nesting seabird species. Species such as the water vole have pretty much disappeared in many areas due to predation by the mink.

Bumblebee - Native. The UK has over 200 different kinds of bee (approx. 270) but 1/3 of our native bees and butterflies are in decline. There are a mix of reasons for this, including intensive agriculture and the increase of use of pesticides and chemicals, change in land-use for increased urbanisation and agriculture, and the loss of wild flower meadows.

Grey squirrel - Non-native. The grey squirrel originates from N. America and was introduced to the UK in the late 1800’s. It is responsible for the decline of our native red squirrel due to it being larger and outcompeting the reds for food, and also carrying and transmitting the disease squirrel pox. The greys are immune to this disease, but it is fatal to the reds.

Harlequin ladybird - Non-native. The Harlequin ladybird originates from Asia and was 1st introduced to the UK in 2004. Numbers are increasing as it is larger than our native species and outcompetes them for food. It also eats the larvae and eggs of our native ladybirds, and can have multiple broods throughout the Spring, Summer and Autumn giving it a competitive edge.

Red squirrel - Native. The red squirrel is endangered in the UK and is only found in a few areas where there are no greys, often on islands. There are an estimated 287,000 red squirrels in Britain, compared to 2.7 million greys. There is some evidence that the reintroduction of pine martens may help the red squirrel as they catch the larger slower greys but not the smaller more agile reds. There is not enough evidence to prove this at the moment, but a number of organisations are supporting research looking into it.

Ring-necked parakeet - Non-native. Ring parakeets originate from Africa and Asia and are believed to have been 1st introduced to the UK in London in the 1970’s when captive birds were released. They are now spreading throughout the UK but it is currently unknown if this has a negative impact on our native wildlife.

White-tailed sea eagle - Native. The White-tailed sea eagle was hunted to extinction in the UK, the last one being killed in the early 1900’s. In the 1970’s a reintroduction programme was set up to bring birds over from Europe and release them in the West of Scotland. One of the 1st release sites was Mull and the eagles have now become a tourist attraction for the island. The reintroductions were a success, and further reintroductions were carried out in East Scotland, Ireland, and most recently on the Isle of Wight in Southern England in 2019.