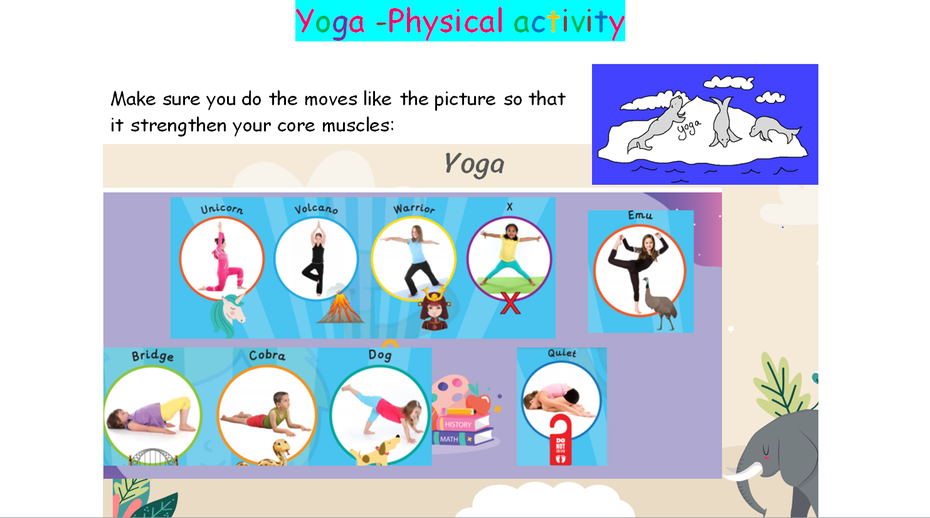 one hundred and seventy seven

We have been exploring adding groups of even numbers

WALT: be able to understand that multiplication is the same as repeated addition of equal groups 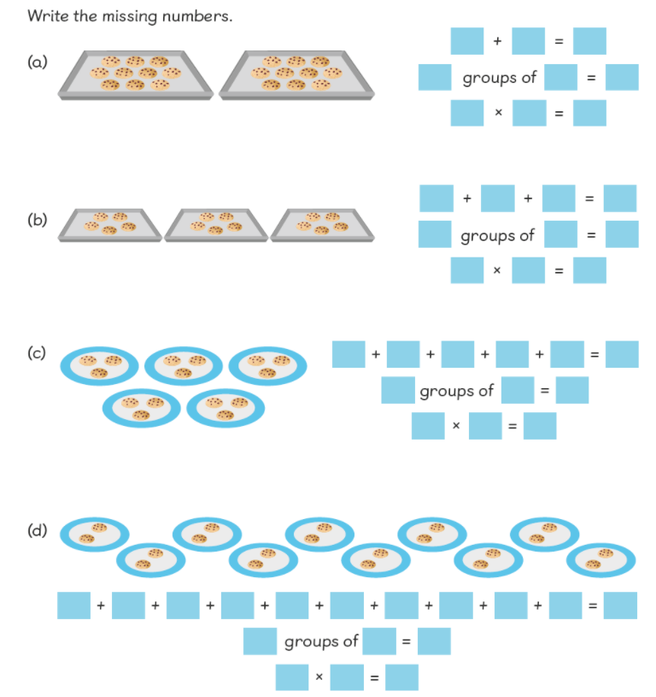 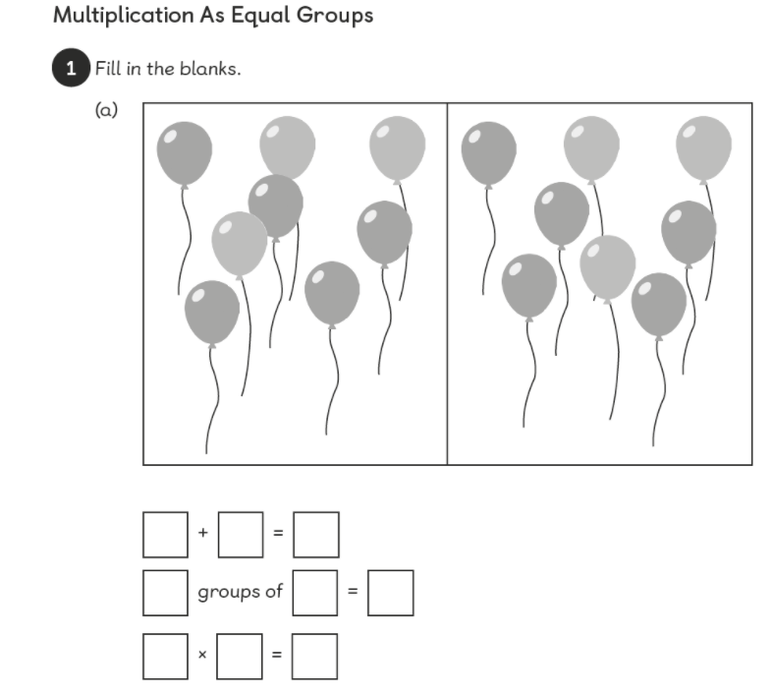 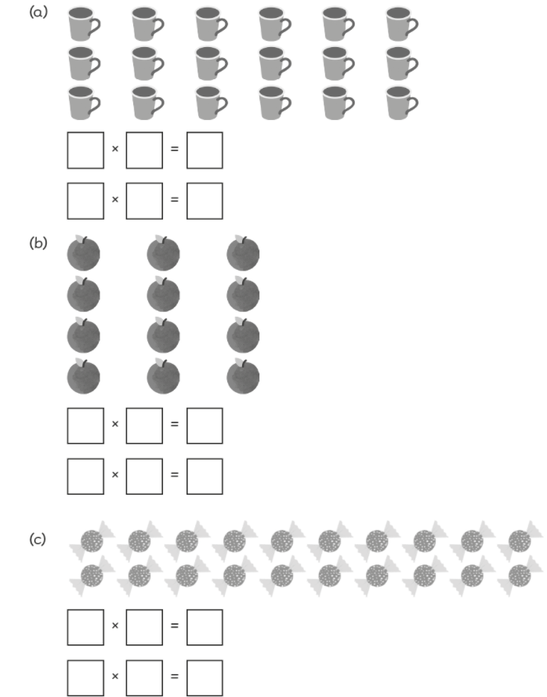 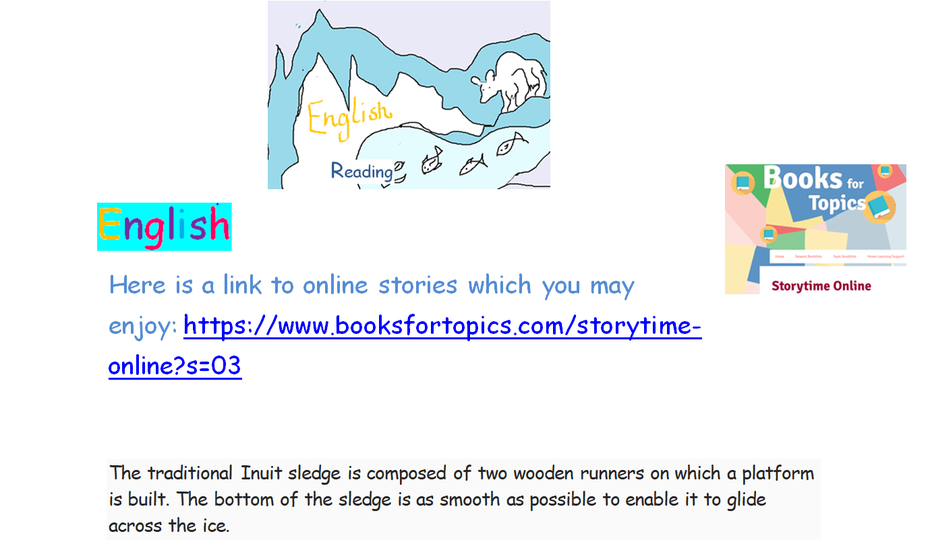 We have been exploring how the sledge works in DT. In the story, the sledge will become very important in our Pugs from the Frozen North book.

Have a read of the following chapter which shows Shen before he got the dogs organised, when he is standing on the ice with just him and the dogs...

The dogs looked up at him, heads to one side. Their hot breath steamed and smoldered in the cold air like the breath of sixty-six tiny dragons.

The snowmobile set off with a roar. The tower of crates in its trailer teetered and swayed as the snowmobile weaved its way be- tween the frozen waves.
The pugs sat where they were and watched it go.
“Come on!” shouted Shen. But they didn’t seem to understand.

“Wait for me, Captain!” he yelled, and jumped down off the snowmobile. The frozen waves were slipperier than hills of glass. He slithered over them, back to where the pugs sat, and when they saw Shen coming, their tails began to wag and they ran to meet him. “Come on, doggies!” he said, patting sixty-six small round heads and getting licked by sixty-six small rough tongues. “You’ve got to follow Captain Jeggings. . . .”

But when he turned to look for the snowmobile, it was nowhere to be seen. Either Captain Jeggings hadn’t heard when Shen shouted for him to wait . . . or he had decided that Shen and sixty-six pugs weren’t worth waiting for.

In our English writing this week we have been exploring the traditional story of the Snow Queen.
Here is a short extract where Kai's grandmother is describing what she is like....

" she flies with the sleet and smothers the fields with snow. She stiffens the flowers with frost and freezes the rivers. Her heart is a block of ice. And she would like to make everyone's heart as icy as her own." 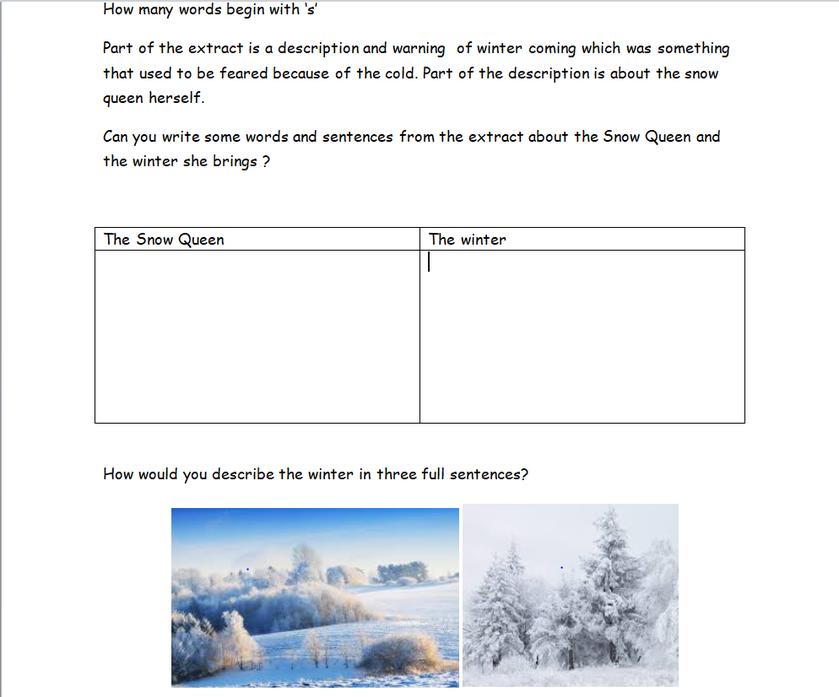